The Truth About Black Media

When you think of Black Media or music BET, Radio One, or Def Jam may come to mind. However, the reality is while the faces of these companies are black, they answer to people who don’t share the same cultural experiences or heritage. Once a company becomes publicly traded, their investors and board members often become more diversified to meet the fiscal demands and needs of the company.

Take for example Def Jam. Most of us that grew up in the dawn of hip-hop know the story of a young Russel Simmons with his Caucasian counterpart Rick Rubin, who started Def Jam.

When you Google, The story of Def Jam it reads: Def Jam Recordings was originally founded by Rick Rubin in 1983 in his New York University dorm room to release a single by his band Hose (a punk group). … Along with Simmons, Def Jam Recordings released the T La Rock and DJ Jazzy Jay single “It’s Yours,” the first single to bear a Def Jam logo.

The first releases with Def Jam Recordings catalog numbers were LL Cool J‘s “I Need a Beat” and the Beastie Boys‘ “Rock Hard“, both in 1984. The singles sold well, eventually leading to a distribution deal with CBS Records through Columbia Records the following year.

This created a short-lived subsidiary label called OBR Records, short for Original Black Recordings, which catered toward R&B artists—the first artist signed to that imprint was Oran “Juice” Jones, who enjoyed success with his hit single “The Rain“. A few years later, Russell Simmons and Lyor Cohen started an umbrella label called Rush Associated Labels to handle Def Jam and its numerous spinoff labels. RAL became the home to Nice & Smooth and EPMD after both acts were acquired due to the folding of their former label Sleeping Bag Records.[7] Other acts under the RAL umbrella included Redman, Onyx, Flatlinerz, Domino, Warren G and Jayo Felony. Def Jam also signed its first and only thrash metal band, Slayer, in 1986, and the band’s third and fourth albums were the only two Def Jam releases to be distributed through Geffen Records under Warner Bros. Records as opposed to Columbia/CBS. As the decade drew to a close, the label signed Public Enemy, whose controversial lyrical content garnered the company both critical acclaim and disdain. Lyor Cohen became president of Def Jam/RAL in 1988, after winning a power struggle with Rubin, who would shortly thereafter leave the company to form Def American Recordings. Rubin would take Slayer with him to Def American in its initial stages.

When we get into the history of ownership of black media and music we far too often find that these globally recognized symbols are just that.

In case of Cathy Huges and Radio One. Hughes founded the media company Radio One (now known as Urban One), and when the company went public in 1999, she became the first African-American woman to head a publicly traded corporation.[1] In the 1970s, Hughes created the urban radio format called “The Quiet Storm” on Howard University’s radio station WHUR with disc jockey and fellow Howard student Melvin Lindsey.

It is the largest African-American-owned broadcasting company in the United States, operating 55 radio stations and majority-owned syndicator Reach Media, as well as its digital arm Interactive One, and the cable network TV One.[6]

As of 2014, it was the ninth-highest-earning African-American-owned business in the United States.

While the company is listed as a Black company the Board of Directors is diversified and the top decision makers at most Urban One companies don’t share the cultural experiences. However, Cathy Hughs now 71 maybe the closes representation of Black Media ownership that we have.

Black Entertainment Television (BET)  was launched in January 1980. In 2001, BET lost its status as a black-owned business when it was bought by media conglomerate Viacom for $3 billion. 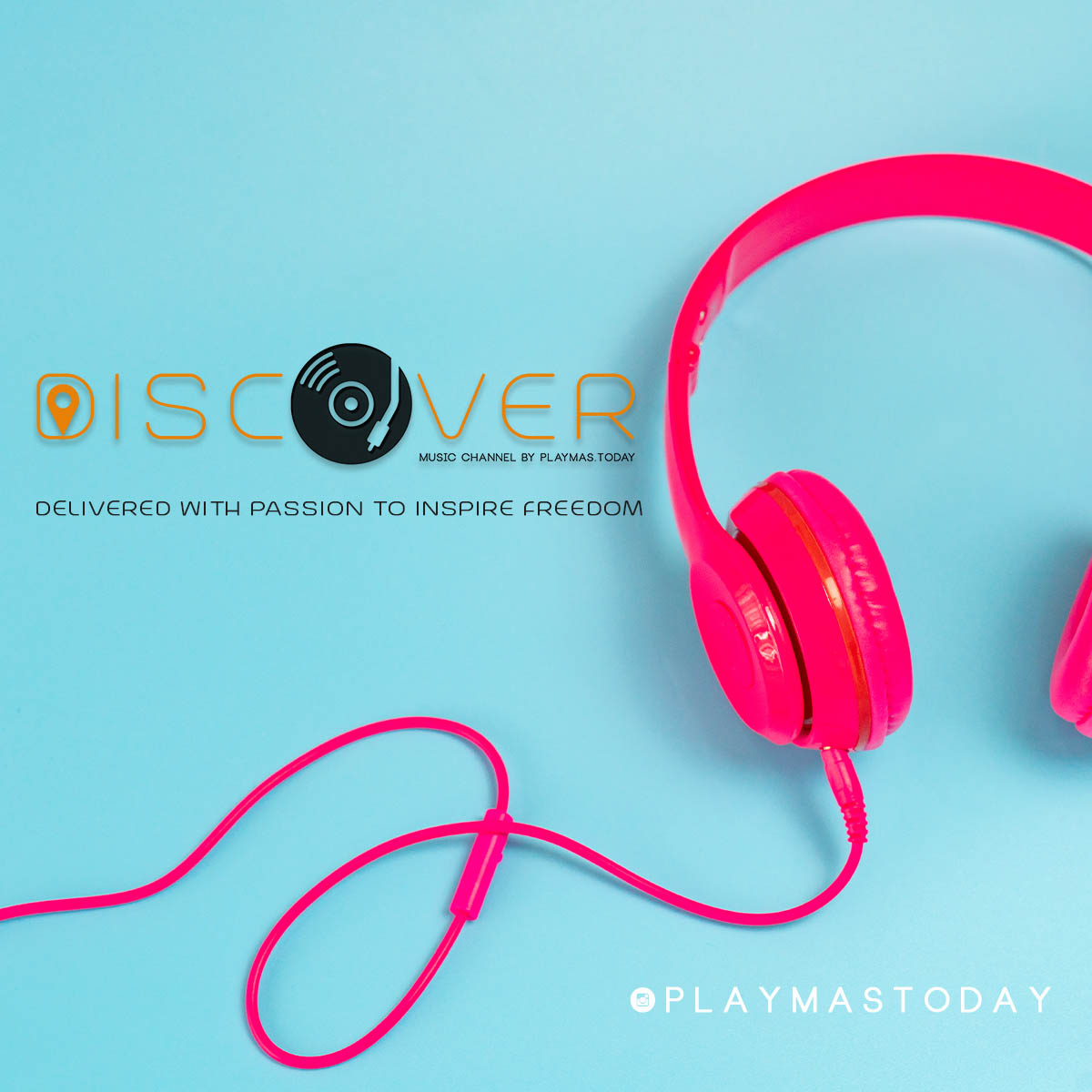 The expression of a people delivered with passion to inspire freedom

What is being Africa Allah #beingAfricaAllah Vol 25_04
byDiscover Music Channel

How do you answer the question what is? In a recent conversation with Lano the Sage, I was asked what is #beingAfricaAllah? The easy answer is a combination of all of my experiences, influences…

To view this content, you must be a member of Discover Music Channel Patreon at $3 or more 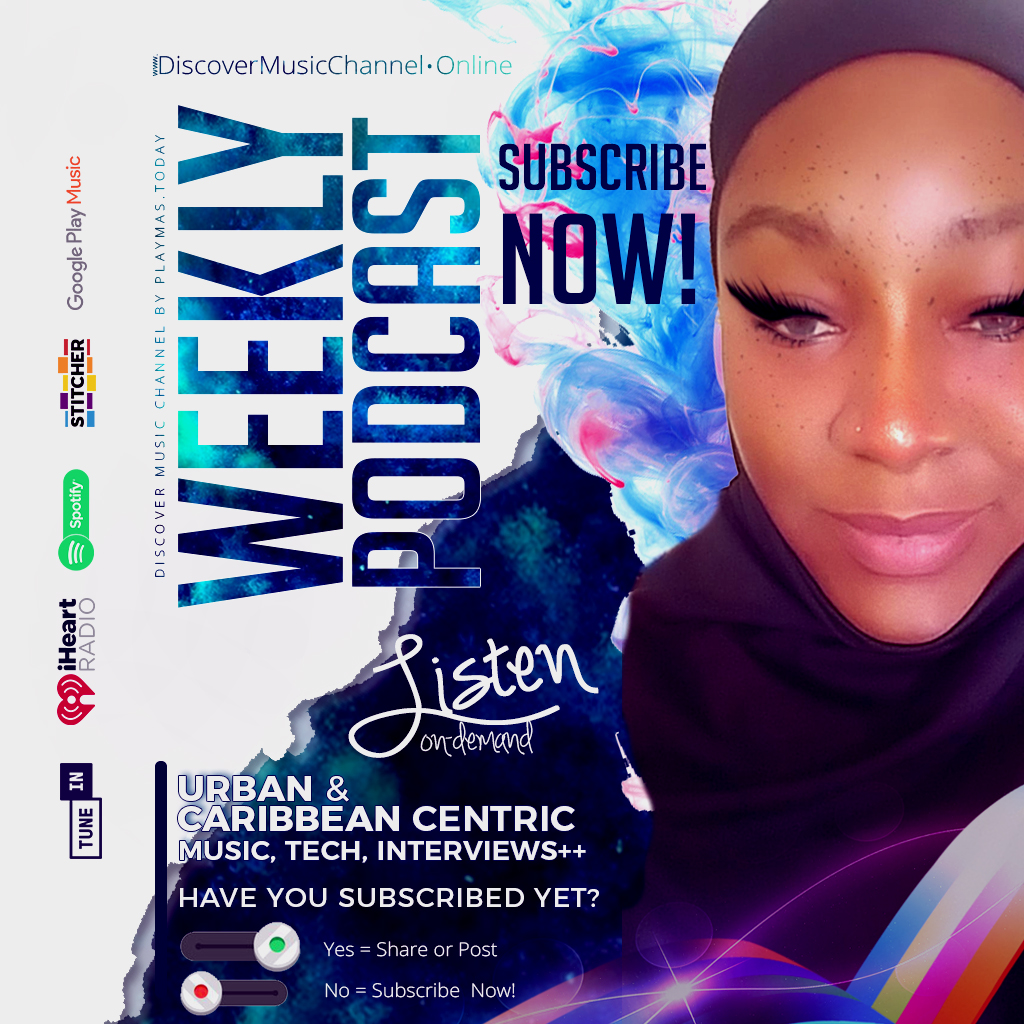 Podcasting, previously known as “audioblogging”, has its roots dating back to the 1980s. With the advent of broadband Internet access and portable digital audio playback devices such as the iPod, podcasting began to catch hold in late 2004.

In October 2000, the concept of attaching sound and video files in RSS feeds was proposed in a draft by Tristan Louis.[12] The idea was implemented by Dave Winer, a software developer and an author of the RSS format

The story of Blacks in New Media or Podcasting is just beginning to capture headlines and press attention due to the rising popularity of the medium in mainstream with companies like Amazon, Google, and Spotify devoting large sums of money to the development of monetized streaming networks.

For people like myself and other people of color who were earlier adopters, podcasting was an opportunity to even the playing field. Delivering quality content and entertainment that resonated with underserved and overlooked communities. While resources and opportunity were limited many black podcasters maintained a cult following and diversified their portfolio to combat the changing landscape of new media consumption.

While popular names like (the late) Combat Jack [Combat Jack Show 2013], Elliot Wilson [Rap Radar 2012] and Joe Buden [ Everyday Struggle 2017] are well recognized black names in podcasting they were late to the party. Prior to starting The King Assassin Show in 2010 the show aired as a weekly Monday Podcast on DIRadioCast for three years starting 2007. Fuse Box Radio also started its online career in 1998 and syndicated its podcast on DIRadioCast (now Discover Music Channel) in 2007. Established in 2005 DistinctiveImpression MMG LLC began podcast streaming in 2006 and opened its platform to Urban and Caribbean content producers (Podcasters) in 2007.

These are just references to content producers that started their podcast or new media journey before 2010, without resources or opportunities just the passion to develop programs that resonated with the black experience.

It wasn’t until the 2012 that people began to see the value of Black and Brown voices, with the ability to fund, profit and monetize podcasting. Now in 2020 people like Charlamagne Tha God are moving to create a publicly supported Black Led Podcast network. If we have learned anything from Black art and media these publicly mainstream supported entities almost never have 100% Black or Brown control.

Of late my biggest issue with mainstream platforms and billion dollar companies are the fact that people that don’t look like us or share the same cultural experiences are the ones responsible for writing algorithms, validating culture relevance and dishing out awards. Why are we looking to “big business” for validation?  These same outlets are the creators of the programing that influence the perpetuation of cultural stereotypes. How is it that the black image can be deemed sexually explicit and the same image or movement by a white person can receive millions of view or likes? 100% black controlled content and platforms means a diverse representation of the black global experience from a social, cultural, artistic, and entertainment perspective. A Black control platform allows black users and creators to hold each other socially responsible.

Currently as I see it nothing that is funded by “big business” is 100% black owned and operated because they answer to investors or special interest groups that push an agenda.

Post Views: 1,239
Liked it? Take a second to become a Super Supporter of PlayMas.Today on Patreon!