Bahamian Hip-hop icon and Radio veteran, Reality has a music career that pre-dates competitive radio in the Bahamas. In the Fall of 1993  Reality began his quarter of a century stent on terrestrial radio with More 94 FM. In 2000, Reality teamed up with Mecca Entertainment and Africa Allah to create Phat Saturday an urban-themed radio program that offered more creative control. The program was aired on  ZNS 104 FM until 2002. In 2003, Reality’s Phat Saturday was picked up by 100 Jamz in addition to a daily prime time radio slot.

Welcome to the Reality Flight on Discover Music Channel. This is Real Radio with your host Reality. Take a seat and experience Classic hip-hop with a taste of Caribbean flavour. Indulge in timeless conversations about hip-hop music, artists and influencers.

As the Rhyme Goes On – Rahkim

The Symphony – The Juice Crew

Can I Kick It – Tribe Called Quest 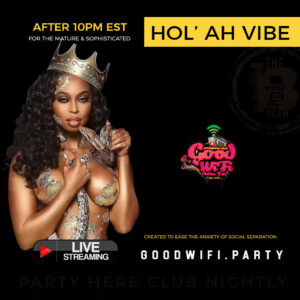